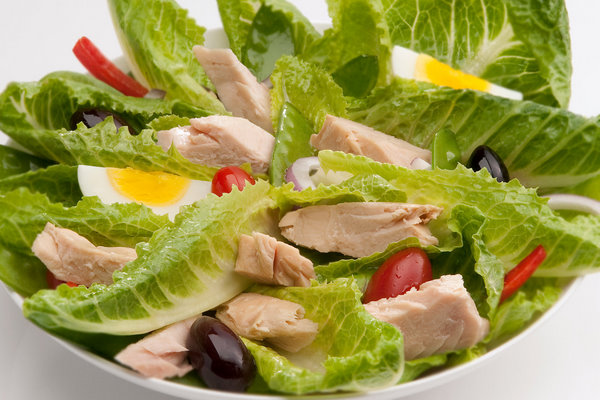 Our take on “canned tuna” only this one is so delicious, nutritious and clearly the best choice for sustainability. We take Locally caught ( off the coast of BC, Washington and Oregon) Albacore tuna. This Albacore is caught by hook and line method on small vessels who quickly bleed, chill and freeze this fish for optimal quality. The hook and line method produces little to no bi-catch and has minimal effect on the environment. Compared to the other tuna being caught by unsafe long-line and drift nets which both catch all kinds of fish and animals including turtles, sharks and birds. 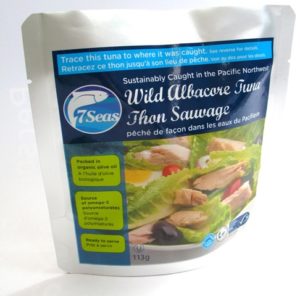 This fish has consistently tested very low in mercury, the CHMSF (Canadian Highly Migratory Species Foundation) has tested over 500 samples to find that it is significantly lower in mercury than tuna from the south pacific and parts of Asia that are used to make the typical can of tuna. It is significantly lower in mercury due to the fact that are fish are smaller and younger and haven’t had the time to accumulate nearly as much Mercury in their systems. 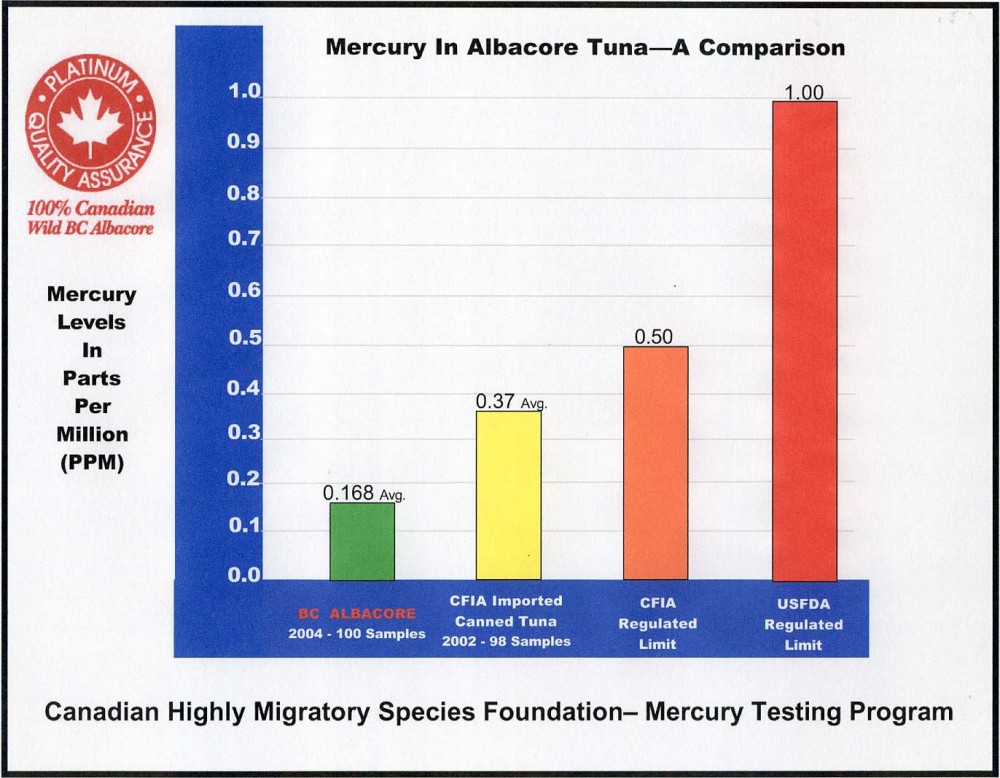 Our tuna is also much higher in Omega 3’s given that the waters of the pacific northwest are colder and promote more fat and oil building in the fish.  Unlike most canned tuna, this is only once cooked right in the pouch as opposed to being twice cooked in most other operations. Once cooked means more flavor, moisture and most importantly Omega 3’s are kept in the meat and the pouch. Please see the chart: 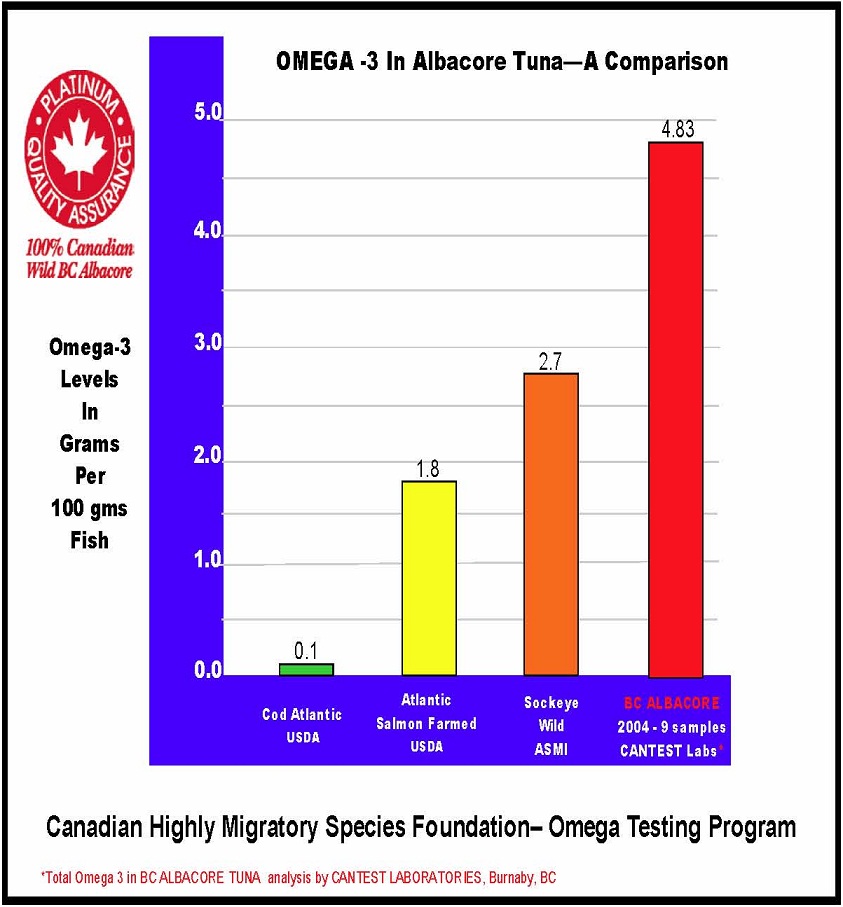 Our product is great in sandwiches or on salads and it is conveniently packed in an easy to open and store pouch. So when you want to feel good about the food you put into your body and that of your family, the choice is simple. Available at our stores and at other retailers.